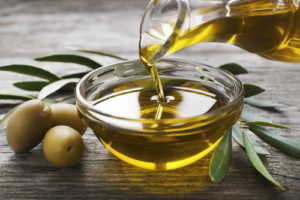 While there are many different types of olives throughout the world, some regions overflowing in abundance of them, people long ago realized that the fruits would never exactly be the kind of food you could pick off the tree and eat. They are far too bitter, thanks in large part to the oleuropein compound and the lack of sugar found in the fruit. Usually the olives that you get at your dinner table have already undergone a variety of processes to remove the oleuropein compound.

So people thousands of years ago had this problem: they had so many olive trees, but the fruits were not exactly pleasant to eat by themselves. While they would still be cooked and used in dishes because of their plentiful nature, they never would have become an economic force throughout the Mediterranean region and the Middle East had people not discovered how to create olive oil.

Early human civilizations realized that if they would press the olives to extract their oils, they could use it for a wide variety of purposes. In the early days, olive oil was primarily used as lamp fuel, but it could also be used for anointment for royalty, warriors and religious leaders, or as a pharmaceutical ointment. Later on, the oil began to be used in cooking as well.

The earliest estimates for when people began producing olive oil from olives specifically cultivated for that purpose are around 2500 B.C. It wasn’t for another two millennia that people began to use the oil for cooking, in the fourth or fifth century B.C. At this point, the Romans were the ones primarily responsible for most of the world’s olive oil production, and between 200 B.C. and 200 A.D. the amount of olive oil produced on a global level saw a significant increase.

Today, olive oil remains an important industry for countries throughout the Middle East and the Mediterranean, and some regions of the United States (such as California and the southwest) have also started to grow the trees.

To learn more about the olive products we have available, contact us today at My Olive Tree.