What is so important about King David?

There are many reasons why King David was, and is, an important and well-known man—not only biblically, but generally. These range from David being chosen of God to be king, to his slaying Goliath, to purchasing the site on which the Temple would be built…

Because of these things and more… there are few people, even beyond Jewish and Christian circles, who haven’t heard of, or wouldn’t recognize, the title, ‘King David.’

Some key reasons—including those mentioned above—are: 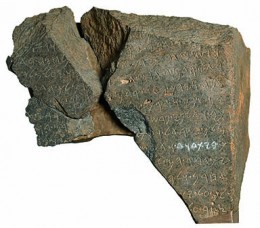 What did David do as king?

David effectively created the foundation of what Israel would be today—a country devoted to God, whose capital is Jerusalem, and is the apple of God’s eye!

“For thus says the Lord of hosts: ‘…he who touches you touches the apple of His eye.’” —Zechariah 2:8

While Israel as a country was important, the city of Jerusalem played a key role. Not only for God, but for David, who out of his 40 years as king spent only seven in Hebron; the remaining 33 spent in Jerusalem (see 1 Kings 2:11). In fact, had David conquered Jerusalem earlier he’d almost certainly have spent his entire reign in Jerusalem, for his move to Jerusalem upon her capture was swift…

Yet, it was only through God’s favor that David could take Zion for the Israelites in 1010 B.C., allowing God’s promises to be fulfilled and Jerusalem to become the capital city.

“And the king and his men went to Jerusalem against the Jebusites… who spoke to David, saying, ‘You shall not come in here…' Nevertheless David took the stronghold of Zion (that is, the City of David).” —2 Samuel 5:6-7

Still, many of us don’t realize that before David conquered Jerusalem, it was far from the city we see today. Jerusalem was a mere fraction of its current size, and it wasn’t overly fertile or particularly grand. Yet, David expanded and improved Jerusalem, allowing her to flourish.

(Image Credit: The BAS Library. Areas in blue show the relative size of the walled city of Jerusalem during the reign of the three kings mentioned. Area size, population, and dates are not definitive, and many sources believe the areas to be larger.)

Even the Temple Mount was vastly different before David—indeed, even until the rule of his son, Solomon—for much of the site was merely a threshing floor, to thresh the wheat and barley harvests of a Jebusite man. Nonetheless, the site was chosen by God and purchased by David… but it would take an act of disobedience and another generation before it would become the Temple of God.

It seems odd that the site for the Temple was purchased as an atonement for sin—a sin which involved God’s chosen, King David. It is even more odd when you consider that David loved the Lord… but even those who love God disobey Him.

David ignored the fact that he was instructed not to take a census of his people, specifically of those men throughout his kingdom who could draw sword…

By taking the census, David placed his trust in HIS own power and might rather than in God's. David wanted to prove what HE could do, not what God could.

David’s disobedience angered God, but it was not merely because of the act—it was because David had lost sight of Him. He disregarded God and was given three options of atonement. With David's choice, a plague was to come upon the people, yet God was merciful. God's word was dispatched to David through the prophet Gad; to atone David was to purchase the threshing floor of a Jebusite man to use as a place to build an altar to the Lord (see 1 Chronicles 21:18-22 and 2 Samuel 24:18-19).

David bought the land for 600 shekels of gold, and for 50 shekels of silver he bought the threshing floor and oxen for sacrifice. By doing this he put his trust in the Lord once more, removing the plague as God promised (see 1 Chronicles 21:22 & 25 and 2 Samuel 24:24). 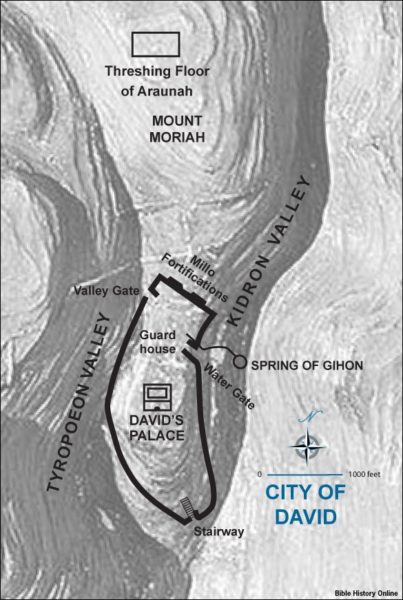 (Image Credit: Bible History Online. City of David and the threshing floor of the Jebusite man, later the site of the Temple.) 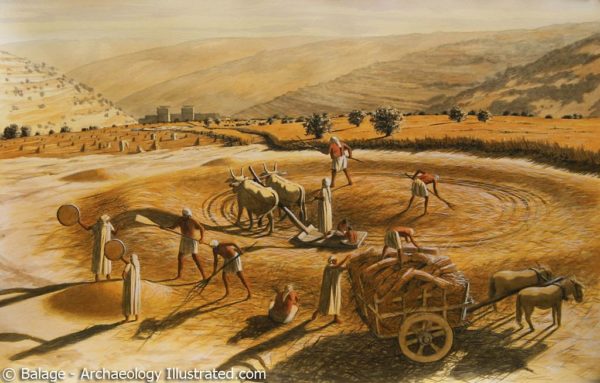 Why wasn’t the Temple built by David? After all, wasn’t it David who purchased the site and recovered the Ark of the Covenant?

Yes, King David purchased the site for the Temple to be built, he even prepared plans and reclaimed the stolen Ark of the Covenant, but God chose David’s son Solomon to build His Temple.

“Now He said to me, ‘It is your son Solomon who shall build My house and My courts; for I have chosen him to be My son, and I will be his Father.’” —1 Chronicles 28:6

Yet, it was less David’s sin of taking the census and more the years of warring that disallowed David the honor of building the Temple. David simply had too much blood on his hands—first from his youth killing Goliath, then from his years of serving Saul in battle, his subsequent years of warring in exile, and even his time as king when David fought for Israel. Most of all it, was likely from sending Bathsheba’s husband to his death in battle so he could have her. Therefore, while David remained chosen of God and a beloved worshiper of Him, God tasked the building of the Temple to David’s son, Solomon (see 1 Chronicles 28:2-6).

It is important to remember that, while David may have made many mistakes before and after he was king, he was still anointed of God. Not only was he anointed of God, but David LOVED God—and God loved him! God and David enjoyed a relationship, not merely holy fear and forgiveness.

David played music for the Lord and danced before Him—not just when he was alone, but in public. David loved the Lord so much that he didn’t care what people might think of him. He wanted to do God’s will, and while he did not always succeed, David always managed to return to the Father.

“Then David danced before the Lord with all his might…” —2 Samuel 6:14 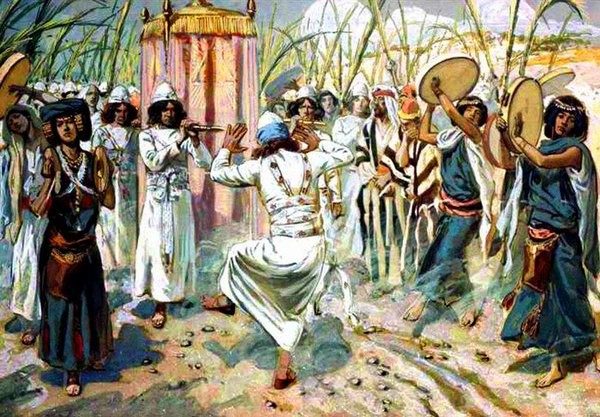 If there’s one takeaway, it is that we should be like David in the way he loved God. David was not afraid to be viewed with scorn for pleasing Him—scorn such as David knew when his wife, Michal, saw him dancing with all his might before the Lord… scorn David cared not for, knowing that his God deserved all the praise he could give, and more!

There are many ways we can also demonstrate this fervor for the Lord. One way is by singing and dancing as David did. Another way is by praying to Him. Still, another, is by taking care of God’s chosen people as David did. Via My Olive Tree YOU can support Israel and her people by reviving the land, planting olive trees and other producing crops so that the people can prosper!

Many in Israel struggle to provide for their families. Soldiers may only have their military pay to sustain their entire family. Elderly Holocaust survivors may not be able to afford even a blanket for the cold winter months. These people all strive to do the best they can for themselves and those around them, yet, circumstances beyond their control have made this difficult. By planting the land of Israel with food yielding crops you are not only giving jobs to those who maintain them, you are giving basic necessities to soldiers, blankets to Holocaust survivors, and hope to Israel’s people. With your sponsorship YOU are reminding the people of Israel of God’s love, and the love of their Gentile brothers and sisters.

Let us join together and do as David did, praising God through action, word, and deed… taking care of His people as we let that kindness rise to the Lord as a sweet perfume.

“And whoever gives one of these little ones only a cup of cold water in the name of a disciple, assuredly, I say to you, he shall by no means lose his reward.” —Matthew 10:42