You are here: Home / Details on the King’s Oil by Perry Stone 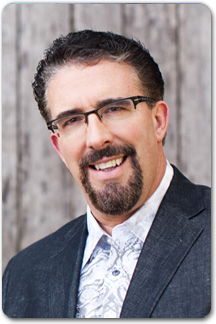 Our ministry recently joined with the House of David, led by Rabbi Curt Landry, to adopt a large olive grove in the Galilee region of Israel. This is in order to help preserve the precious olive trees, provide work for Jewish people in Israel, and use oil from the grove to produce special anointing oil based upon the Biblical patterns found in Exodus. Some people have been concerned that we are disobeying the Word of the Lord about reproducing the oil, based on Exodus 30:25-33, which teaches this oil is not to be duplicated, poured on the flesh, and not to be put on a stranger – only the priests. First, olive oil was used in the process of anointing both priests and kings under the Old Covenant. We read that Aaron and his sons were anointed with this special oil (Exod. 30:31), and Saul, David and Solomon were all anointed with some form of oil as a sign of God separating them to be kings over Israel (I Sam. 15:1; 16:12; I Kings 1:34).

We must understand the purpose of God’s instruction in Exodus 30 as it relates to not duplicating the oil, the setting, and the narrative of the Exodus and ancient Israel. As Israel journeyed through the wilderness, there were several times when the people rose up against Moses and Aaron. On one occasion, a man named Korah, a descendent from the tribe of Levi (the priestly tribe), made an attempt with 250 princes to overthrow Moses and Aaron, accusing Moses and Aaron of pride in their “holiness” (Num 16:1-3). In a spiritual challenge, Korah and 250 leaders were instructed to bring their own censers and placed incense in their censor, while Moses and Aaron took their incense from the sacred incense at the tabernacle. Korah and his rebellious men were all slain (Numbers 16). Since only a true High Priest or his son could offer incense, Korah was judged for offering the incense. On another occasion, two sons of Aaron were slain for offering “strange fire,” or fire that did not come from the altar of God (Lev. 10:1). Afterward, God confirmed Aaron’s priesthood before all of the people when Aaron’s rod began blossoming and producing almonds at the door of the tabernacle (Numbers 17).

The incense was to be set apart for the TRUE priesthood and not to be replicated, as there was a danger that a rebel like Korah, who wanted to replace the true priests, could duplicate the holy oils, incense, and other items and use them in the wrong manner. God only honored true priests and the holy incense. After this incident, the Lord commanded that the anointing oil be set aside for the priests and was not to be duplicated. But what was the reason for this instruction? So a future rebel would not duplicate it and announce he was the true priest by anointing himself with the sacred oil.

When David’s son, Absalom, attempted to seize his father’s throne, Absalom rode on the king’s mule (II Sam. 19:9; I Kings 1:38; 1:44). The king’s mule was set aside for the king. Absalom knew if he was spotted on his father’s mule it would appear to the multitudes that he was now the king of Israel. If an insurrection arose against a future priest in Israel, then the oil, incense, and other elements of the apothecary could be used and the rebels could announce they were the “true priesthood.” God was not protecting the oil, but was actually protecting His priesthood from an internal or external rebellion.

When we read the Torah and read certain laws and restrictions, we must remember that Christ is the fulfillment of the law. For example, the law commands that a male child be circumcised on the eighth day or he is not in covenant with God and will be cut off from among his people (Gen. 17:14). However, in the New Testament circumcision was not a sign of the New Covenant, despite the fact that many Jewish believers argued to the contrary, and taught Gentiles must be circumcised. Jews continued to be circumcised but Gentiles were not under the same obligation (Rom. 2:25-28). New Testament circumcision was of the heart and spirit and not the flesh (Rom. 25:29). Does this make Paul a heretic or a false prophet just because he changed the “law of Moses” concerning circumcision? Why weren’t the New Testament Gentiles “cut off” the way the Lord warned a man would be if he was not circumcised? Why did God graft the Gentiles in if they were being disobedient to the commandment of circumcision? The only obligation the Gentiles had to keep was to “abstain from meats offered to idols, and from blood, and from things strangled, and from fornication: from which if ye keep yourselves, ye shall do well. Fare ye well” (Acts 15:19). Even the Gentiles eventually met for worship on the first day of the week, the day in which Christ was raised from the dead (Acts 20:7; I Cor. 16:2).

Now back to the anointing oil. We are told in James 5 that if a believer is sick, we are to “anoint them with oil in the name of the Lord” (James 5:14-15). We assume this is just normal olive oil which was common in the Mediterranean in that day. When a believing Jewish Rabbi and his son-in-law (a believing Jewish chemist) received the insight to mix the compounds of Scripture with pure olive oil, some suggest this is wrong.Â However, the oil was for priests. Notice what the Bible teaches about believers: “And hath made us kings and priests unto God and his Father; to him be glory and dominion for ever and ever” (Rev. 1:6). The Greek can read a “kingdom of priests.”

Under the Old Covenant no common person could slay a sacrifice, sprinkle blood on the altar, and enter the holy place to offer incense, light the Menorah or be anointed with the oil. However, as a kingdom of priests we now offer our sacrifices of praise (Heb. 13:15), we are able to apply the blood of Christ through our confession (Rev. 12:11), and enter the presence of God through the words of our prayer. The incense on the golden altar represented our prayers going up to God (Psalms 141:2). It is our spiritual position as priests unto God that enables a Jewish believer to prepare this oil and have other believers use it for the purpose of anointing a person!

The actual anointing of the Spirit abides in us now (I John 2:27). Under the Old Covenant only a priest could enter certain areas of the Temple. Today our bodies are the Temple of the Holy Spirit (I Cor. 3:16). There is a restitution of all things predicted prior to the return of the Lord (Acts 3:21). We have witnessed the restoration of Israel, Jerusalem as the capital, and return of the Jews from the nations. We have witnessed the revival of teaching on receiving daily communion the way it was received in the first century. Early church history points out that women (deaconesses) were heavily involved in the ministries of the congregation, and women of God are being restored to ministry in this season. 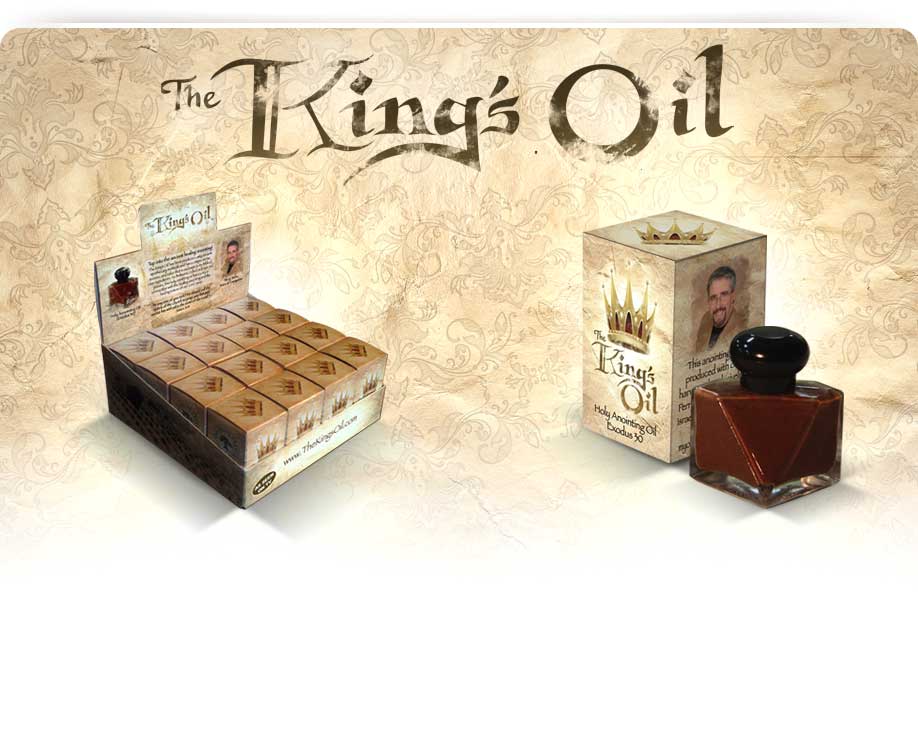 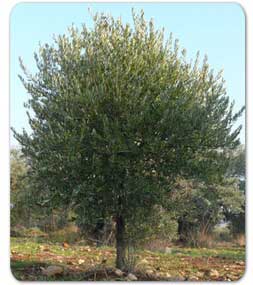 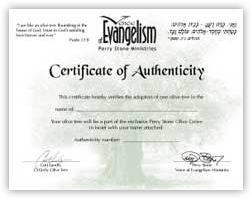 With a one-time investment of $159.00 an olive tree will be adopted in your name or in the name of a family, friend, or loved one. This investment will cover the expense of planting the tree and taking care of the needs of the tree for its first seven years. Your adopted tree will be provided with everything it needs to grow quickly and produce a healthy harvest at around three years of age. My Olive Tree will use the best technology available to ensure that your tree will bear much fruit, fruit that remains!