You are here: Home / One New Man Network 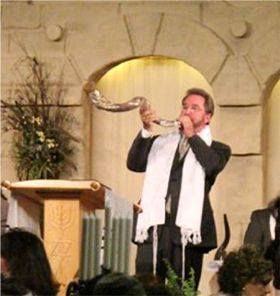 The One New Man Network is an outlet for like-minded ministries, both Jew and Gentile, to gather together and teach the message of the one new man. The one new man is not simply a way of thought or doctrinal belief but rather a revelation of covenant that takes us deep into covenant restoration. Christians have an inheritance in their faith, an inheritance of covenant. The One New Man Network is a vessel that we hope will reveal, restore, and renew.

In Ephesians 2:22 it is said that, …in him you too are being built together to become a dwelling in which God lives by his Spirit.” We believe that The One New Man Network will serve as a bridge to build us together and therefore create an abiding place for His Spirit.

As Believers walk together in unity and in understanding we will be empowered and truly live in revelation and restoration. The world is in need of empowered Believer…who not only know their heritage but live it.

The One New Man Network is hosted by House of David which is a ministry as well as a congregation of Jewish and Gentile Believers that are a living example of the Gospel ideal: both Jew and Gentile united as the One New Man in Christ, according to Ephesians 2:15. 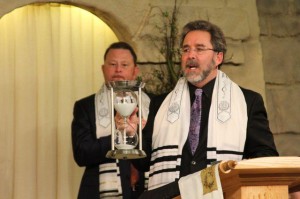 The MESSAGE of THE ONE NEW MAN

As Believers, we are to walk in covenant restoration. When we accept Jesus as our Messiah, we repent and renew our covenant with God. Romans 5:9-10 says this:

Our covenant is restored with salvation, but understanding the fullness of the covenant is something that is revealed to us through the Holy Spirit and the power of the Word. When we are born-again we are restored, but the ever-growing revelation of what we have been restored to takes time. 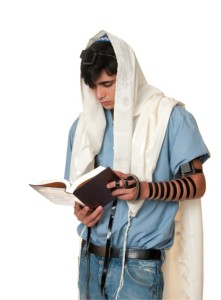 …and provides us with a more clear understanding of the foundations of our faith, thus allowing us to better know our God. The message of The One New Man also helps us to walk in covenant revelation.

Many modern-day Christians do not have a full grasp of their Hebrew roots—the Jewish roots of their faith—and therefore are missing the blessing of a deeper understanding of what is rightfully theirs. It would be as if you knew your earthly father, but did not know of his heritage—your rightful inheritance. Your father’s heritage is important in making him who he is, and thus in making you who you are. Your inheritance must thus be claimed in order to have full-value in your life! Our experiences mold us, and our heritage shapes us. In the same way, Christianity was birthed out of the Jewish faith, and yet we have long-since strayed from where we came.

When the apostle Paul taught on this subject in Ephesians 2, he began by saying, “Therefore, remember.” The reason he said, “therefore remember” was because people tend to forget the revelation of the restoration of the covenant.

Therefore, remember that formerly you who are Gentiles by birth and called ‘uncircumcised’ by those who call themselves ‘the circumcision’ (that done in the body by the hands of men)— remember that at that time you were separate from Christ, excluded from citizenship in Israel and foreigners to the covenants of the promise, without hope and without God in the world. But now in Christ Jesus you who once were far away have been brought near through the blood of Christ. For He Himself is our peace, who has made both one, and has broken down the middle wall of separation, having abolished in His flesh the enmity, that is, the law of commandments contained in ordinances, so as to create in Himself one new man from the two, thus making peace, and that He might reconcile them both to God in one body through the cross, thereby putting to death the enmity.” —Ephesians 2:11-16

Many may ask: “Why does the Church need to know about covenant revelation?” 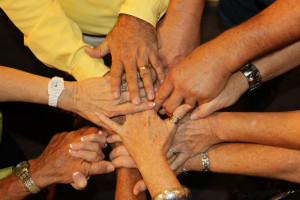 The answer is, because covenant revelation creates an abiding place for our God within the Body of Christ. In Ephesians 2:22 Paul exhorts us that we are, “…being built together to become a dwelling in which God lives by His spirit.” When both Jews and Gentiles come together, as stated in the scripture, we truly do create an abiding place for His Spirit. As the Jewish people bring forth the ancient covenants, and the Gentile Believers bring forth the new covenant, it creates a threefold cord that, as it says in Ecclesiastes 4:12, “ is not easily broken.”

The scriptures teach us that the Jewish people have been given a double portion—a double blessing—as well as being repaid double for their sins [see Isaiah 40:2]. The Gentiles, by grace, have also been given a portion. So, when the two come together in unity this truly does create a threefold cord! This act of unity and covenant union makes us much stronger than we could ever have been standing on our own. When the first covenant is united with the second covenant, there is a completion that is found lacking if the two are separated from one another.

The unity between Jew and Gentile will also give birth to miraculous signs and wonders. The manifestation of this union—of Jewish believers uniting with Gentile believers—demonstrates the power of God and His manifold wisdom [see Ephesians 3]. Believers uniting as, The One New Man is that very manifestation. It has substance—it is not a dream—it is real! It is a sign and a wonder, a demonstration that God did not break His covenant with the Jews or the Gentiles.

TheOneNewMan.com desires to create a place where the two—Jew and Gentile alike—can join together and become the abiding place that Paul spoke of, as we honor the Jewish roots of our faith and the feasts of Israel (the feasts of the Lord), with the wonderful gift and knowledge of our salvation through Jesus, our Messiah.

Unfortunately, the message of The One New Man is often misunderstood. We sometimes hear cries of warning that this message is attempting to “put people under the law,” or “return them to Judaism.” However, these fears are not based on sound information. The One New Man message does not attempt to shackle us to a set of rules or regulations, but rather it diligently seeks to broaden the liberating knowledge of the roots of our Christian faith. 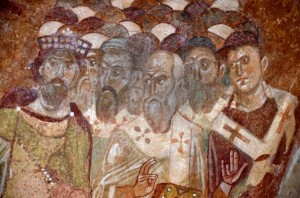 It was during the Councils of Elvira and Nicaea (held during the first quarter of the fourth century), when many rules and regulations were put in place to separate the Church from the Jewish roots of Her faith. In fact, many religious leaders tried to erase the memory of any connection between a Jewish Jesus and the faith of Christianity. These decisions were certainly not God’s highest and best for either Israel, or for the Church. They simply resulted in separating us from the blessings of our heritage.

When we understand this separation was never intended as God’s best or His desire for us, we are empowered to be who we are called to be with a greater understanding of our Father, and ultimately of ourselves. We believe that the second covenant brings a completion to the first covenant—it does not negate it. When Believers begin to understand their beginning, as well as their end, they will then begin to walk in much greater fullness. In Romans 11:12 Paul spoke of this fullness when he said, “But if their transgression means riches for the world, and their loss means riches for the Gentiles, how much greater riches will their fullness bring!”

Where we came from says a great deal about where we are going. The message of The One New Man ultimately brings the light of the past, into the present, thus illuminating the path into our future!