Home / Blog / Israel's Roots and Her Impact on the World / Purim: Rejoicing and Giving

Celebrated on the 14th and 15th of Adar, and often corresponding with March on the Gregorian calendar, Purim is a joyous holiday remembering how a day meant for the destruction of the Jewish people was turned to one where they had a chance at life…

Even the name of Purim hearkens back to this time. For the day meant for the Jews’ destruction was chosen by the casting of lots—or, as it was known then, the casting of Pur…

Because of God’s saving grace, what should have been remembered throughout the Jewish community as a day of great sadness is now remembered yearly as one of great joy. And, it is because of this joy that many of the customs of Purim exist… 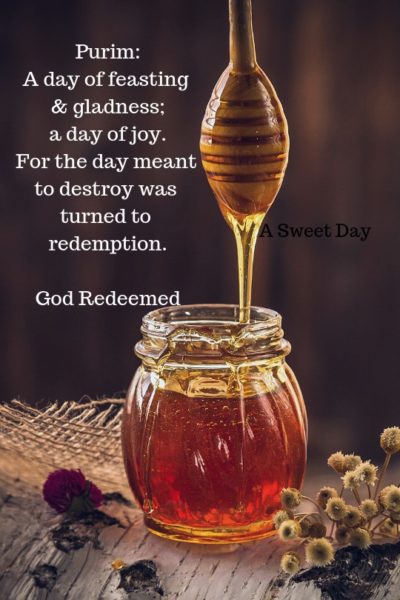 Of how Esther, the cousin of Mordecai, was taken—due to her beauty—to the palace with dozens of other candidates for the position of queen. Of how she carefully hid her heritage, and by the grace of God, was chosen to take the place of Vashti. Of how, even when the king had not called her for some time, she went before him to petition the life of her people—the Jews. Of how she risked death because she trusted in her God… because trust was all she had.

Yet, the story goes further still, for God answered the cries of His people; He saw their fasting and tears.

God answered them. He used Esther’s trust in Him to turn the plans of Haman to naught… to soften the king’s heart and enact a counter-edict. One where God’s people could not only defend themselves against the first edict but come to possess the wealth of those who would try to attack them.

Given the awesome power of God in this event—saving the lives of Esther and His people, while even bringing greater prosperity to them—God gave the sweetest act of mercy. One which Mordecai and Esther would ordain to the Jews of Persia as an act worthy of celebration; to be celebrated on the days God turned their lives from terror to joy.

Purim, interestingly, has little in common with other Jewish holidays. For one, it was not given by God Himself, despite it being a wonderful remembrance of His saving power. Yet, further still, it is one of such rejoicing that even Sukkot, a harvest festival, would have trouble competing with in terms of joy…

Because of this joy, brought by God’s mercies on what was deemed, Purim, many customs were quickly set into place—though minor customs of celebrating were slowly added…

Interestingly Mordecai and Esther actually set down the initial followings for Purim, which are still in practice today…

While these customs or commands are still carried out to this day, minor additions to them have been made…

Traditions passed down through the generations to remember God’s goodness and mercy. To remind them of the sweetness of the holiday.

Some of these additions include:

Aside from those traditions mentioned within the book of Esther, not every family or individual will engage in these newer traditions, yet, they have become increasingly common… 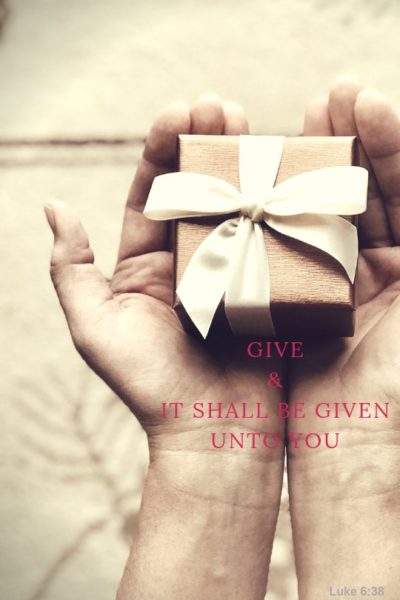 Children in particular love dressing up in costumes that almost always have a biblical theme. Most individuals, if they can attend a reading of the book of Esther, or read it with family at home, will gladly add their silly “booing” of Haman. And most people would have nothing against the Hamantaschen as long as they were not allergic or on a special diet…

Yet, in all these traditions of Purim, it is the remembering of God’s mercy with joy that is at the heart of it all. It is why Purim is celebrated with laughter. It is why people gladly give gifts to one another, and to the poor.

By the giving of gifts to friends and the poor, joy and remembrance is brought to everyone. Purim is made brighter and the act of giving often sets in motion something inside of us… a greater generosity, a greater appreciation for life, for God, and for being kind.

How We Can Benefit from Purim

Purim is a day of joy and gladness. That is at the very heart of the holiday and how the story of Esther and God’s saving power has lived on with such strength.

When we set aside this time to celebrate each year an aspect of God that speaks of His goodness, mercy, and power to save, it keeps it within our hearts all the more strongly all the year through. It continues to teach long after the food has been eaten or the gifts given.

It brings us closer to one another, and to God.

God desires us to fellowship with Him and remember His love and goodness, but He also values our spending time with one another in fellowship and kindness. For, in doing unto others we are blessed in return and become stronger for it.

“God is faithful, by whom you were called into the fellowship of His Son, Jesus Christ our Lord.”—1 Corinthians 1:9

“…if we walk in the light as He is in the light, we have fellowship with one another, and the blood of Jesus Christ His Son cleanses us from all sin.” —1 John 1:7

“Give, and it will be given to you: good measure, pressed down, shaken together, and running over will be put into your bosom. For with the same measure that you use, it will be measured back to you.” —Luke 6:38 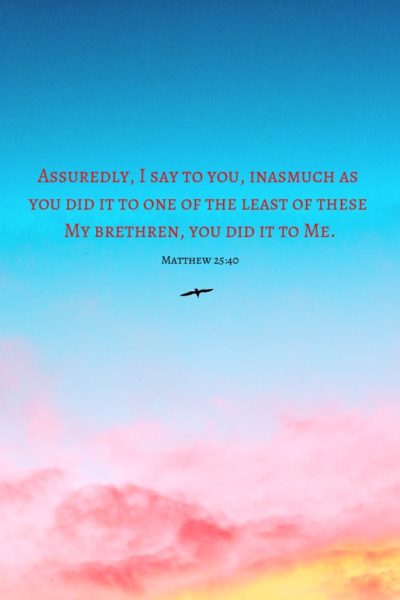 Let us be as Esther this year, giving of ourselves so that the joy of the Lord may reside within…

Let us learn from Purim… remembering God’s goodness and mercy. Learning that the joy of the Lord is our strength—and that giving of that joy only makes our own joy stronger.

Thanksgiving: Give and Reside in Joy

The Struggles of Holocaust Survivors | The Pain of Yesterday Burdens Today