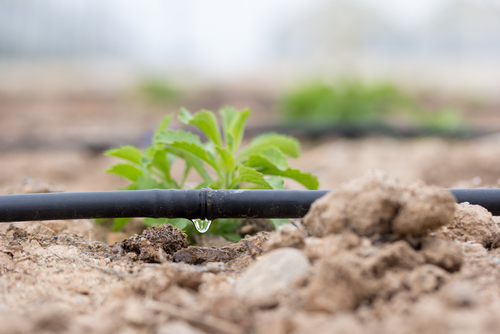 Simcha Blass is probably one of the most well-known names in the discovery of drip irrigation. Although the technique was being tested at primitive levels in Germany during the 1920’s, it is widely known that Blass, Jewish inventor and chief water engineer of Israel in the 1930’s, developed this method that saw great results.

Strangely enough, this discovery was made almost accidentally. While spending time in the desert regions of southern Israel, Blass noticed that one tree near his location seemed to be prospering better that all the other nearby foliage.

Upon closer investigation, Simcha discovered that a water pipe near this tree had sprung a small leak—dripping regular water onto its root system, allowing it to flourish.

This finding would then start a journey of trial and error, as the inventor began to test various materials and water pressures that would allow an irrigation pipe to drip water in regular intervals on the root systems of trees and other plant life.

It wasn’t until the 1950’s, when the development of modern plastics was being discovered, that Simcha Blass was able to take his new product to the next level. However, the greater test to his scientific know how would be refining the friction and water pressure process that was needed to create a healthy flow of water that both nourished the plant and conserved water.

By the early 1960’s Blass was able to achieve this goal and would go on to patent the process. His next step was to build relationships with a location that would allow him to test this newfound product. Kibbutz Hazerim, located in the Negev, was his place of choice.

Natafim Irrigation Company was established in 1965 and production began just a year later.

Although Simcha Blass’s methods have continued to be developed over the years, the foundation at its base remains the same. My Olive Tree uses a version of this technology to nourish and water the trees that so many of you have planted in the desert and all over the nation of Israel.

It is with those thoughts in mind that take a moment to celebrate the man who made this brilliant discovery.

Israel is a dry and arid country with a huge percentage of its water sources unusable. Making water conservation more than just good practice—it is a necessity. When we began this process of planting trees, the task seemed impossible.

Sure, we can help provide the resources, but where were we going to find the water?

Through a unique partnership with the Israeli Defense Forces, who controls the water resources in Israel, we have been able to distribute drip irrigation systems to every one of our My Olive Tree groves. Through the incredible trust of the Israeli government, we not only plant our trees, we promise to provide the necessary water supply needed to see these trees mature and grow into a harvest. 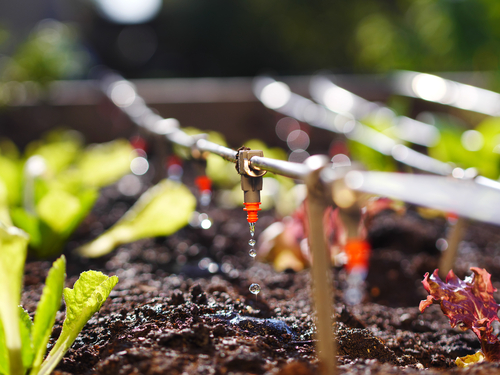 We could not do this without their help. Just like we cannot continue this work without your support!

So today, as we celebrate Simcha Blass, a highly motivated inventor who shaped the course of irrigation and water conservation across the planet, we also want to take a moment and celebrate you.

Thank you so much! Just like Blass, we have made many discoveries during the birth of this process. If it were not for generous supporters who captured this dream with us, we would not be here today. We are extremely grateful for your diligence to honor the nation of Israel with your giving. As we continue to witness the desert places blossoming, we pray that you, too, will begin to reap a harvest of exponential proportions!

From all of us at My Olive Tree… Thank you!

Are We in a World Water Crisis?

Sustainable Agriculture | What Is It and Why Does It Matter?