Home / Blog / Blessing Israel / The Cycle of Rest and Renewal: PREPARING for THE YEAR of RELEASE!

When we STOP—suddenly—something miraculous happens! 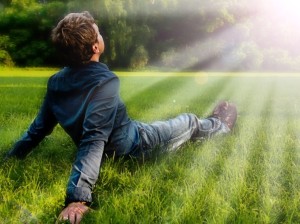 It is as if God breathes a fresh breath of life into our being. Renewal, restoration and release begin to take place—giving way for the development of a new heart, and focus to step into the next season. We are recharged and re-energized by the inner seed of destiny that has been lying dormant within the very depth of our being—lying there since the beginning of time.

Do you every wonder what would have happened if God had NOT decided to rest from His work on the 7th day—if he had continued to create for days or weeks? Think of what happens when an artist paints a picture—when they are tempted to add one too many brush strokes, and the work loses its meaning. The masterpiece becomes just another painting. Before this happens, the artist must be astute and disciplined enough to know when his work is finished, so that the world can enjoy the intended creation!

There comes a time in life when we must stop, lay down our brushes, take a deep breath, and rest before we can begin to create (produce) the next great masterpiece.

All throughout God’s creation there is a very powerful phase in the cycle of life called dormancy. This is a time primarily experienced during the winter months when many animals hibernate and seeds lay safe and inactive beneath the protective covering of the earth’s surface. Life slows down, sits quietly and rests. 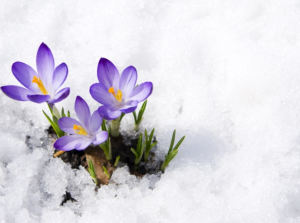 When you rest, you take time out to observe and plan, making your efforts tremendously more effective when you finally continue forward. It is the seed of destiny resting and maturing within you before it emerges—before its intended time of release.

Resting is crucial in guaranteeing the fertility of the future…

For both people and the land, overwork leads to exhaustion. When we don’t complete the cycle of rest—daily sleep, as well as observing a Shabbat—we can lose our potency, our creativity, and our drive to move forward. When the land is used without allowing it to rest, renew and regenerate, the nutrients in the soil become depleted… leading to diminished crop production.

A Shmita year is not about an isolated moment in time—it is a cyclical expression of rest, of renewal and of regeneration that brings about a vibrant resiliency and transformation to both the people and the land.

This is why there is a Shmita year, a year of release—a year when many Israelis lay the land fallow—resting, renewing and regenerating it for future sustenance… not only for Israel, but for the entire world. 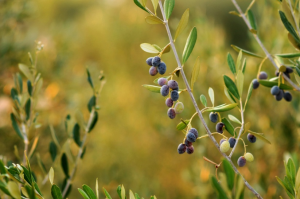 My Olive Tree’s mission is to take care of the people and the land. That is why beginning September 24, 2014, Rosh Hashanah 5775, we are going to follow God’s instruction and honor the Shmita year. We will resume planting on Rosh Hashanah 5776. Until then, we will follow God’s Word and allow the land to rest, renew and regenerate before we continue on with God’s work in Israel.

With the Shmita year fast approaching, My Olive Tree has set a goal of 2,500 olive tree sponsorships between now and September 24, 2014—when planting must cease, and the earth enters into a cycle of rest.

Please consider helping us reach our goal before September 24th—the beginning of the next Shmita year! Help us fulfill God’s promises to provide for Israel, and to allow the land to rest!