In multiple books of the New Testament, Jesus was anointed before His crucifixion by a woman. Most of these examples fix the location at Bethany and show us a woman pouring fragrant, highly expensive oil, upon our Savior—a display of Godly faith and love.

While there are certain variations within the descriptions as to who the woman was, where the location of the anointing was, and how Jesus was anointed, they all tell an important truth…

That Jesus, our Lord and Savior, was prepared for what was to come via a manner that had many layers of biblical importance.

What happened at Bethany? Why is the anointing important?

As it states in Matthew 26, Jesus and His disciples were at the house of Simon the Leper in Bethany when a woman came to Him bearing an alabaster jar of costly fragrant oil. Upon reaching Jesus’ side, she poured it over His head, anointing Him, as Jesus said, for burial. This act of faith and love preparing Jesus not only for the burial He foreknew, but teaching His disciples—and us—of what faith and love truly look like… and of the ways of God throughout time. 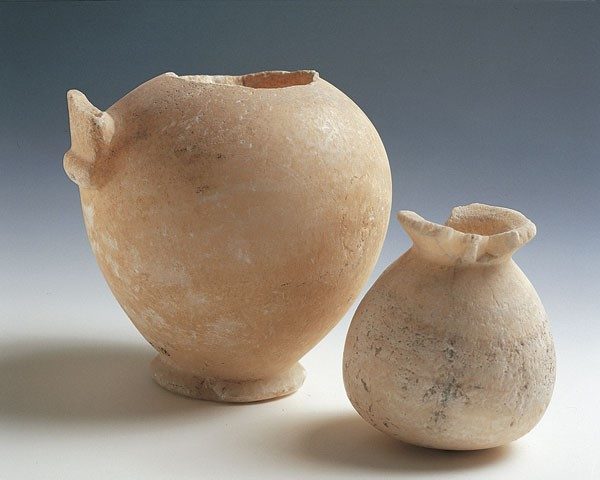 This same story is also told in Mark 14 and even, with a slightly different focus, in Luke 7 and John 12, where the woman also washes Jesus’ feet with her tears and anoints them with the oil. Luke and John do not speak of her pouring the oil upon His head. However, this exclusion does not mean that it did not occur as stated in Matthew and Mark. Instead, it simply adds another element to the story of her faith and love.

“And being in Bethany at the house of Simon the leper, as He sat at the table, a woman came having an alabaster flask of very costly oil of spikenard. Then she broke the flask and poured it on His head.”—Mark 14:3

“But when His disciples saw it, they were indignant, saying, ‘Why this waste? For this fragrant oil might have been sold for much and given to the poor.’

“But… Jesus… said to them, ‘Why do you trouble the woman? For she has done a good work for Me. For you have the poor with you always, but Me you do not have always. For in pouring this fragrant oil on My body, she did it for My burial. Assuredly, I say to you, wherever this gospel is preached in the whole world, what this woman has done will also be told as a memorial to her.’”—Matthew 26:8-13 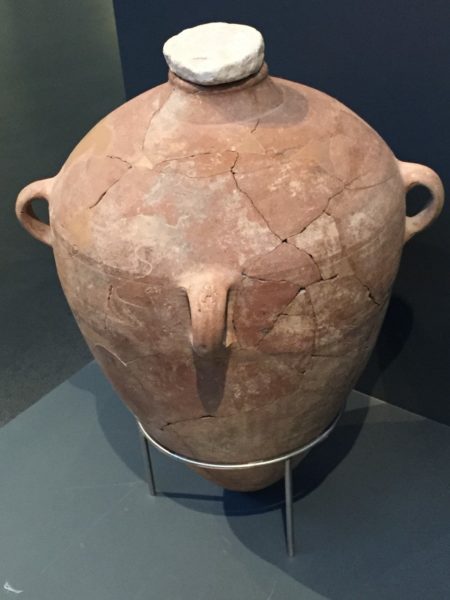 (Photo by Luke Chandler. Storage jar from around the time of King Hezekiah possibly used for oil and bearing a governmental mark.)

If we look back at how anointing was done with oil throughout both the Old and New Testaments, we see that while it was used for things as ‘simple’ as healing, it usually had a covenant reasoning behind it—a direct connection to God and His will…

Interestingly, despite the use of anointing during Jesus’ time, it is within the Old Testament that we get a sense that aside from preparing Jesus for burial, the anointing was also a statement of exactly who Jesus was!

While not the only reasons someone might be anointed with oil—others include preparation for burial (Matt. 26:12, Mark 16:1), anointing the sick (James 5:14, Mark 6:13), anointing a special guest in your home (Luke 7:46, Psalm 23:5), ordinary uses (Psalm 104:15) and special personal uses (Ruth 3.3)—the priestly and kingly anointing are the two major reasons as a rite of inauguration, and remarkably, both correspond with the anointing of Jesus!

In the Word, many people anointed and were anointed by Godly men who followed after Him:

“Then Samuel took a flask of oil and poured it on his head, and kissed him and said: ‘Is it not because the Lord has anointed you commander over His inheritance?’”—1 Samuel 10:1

“Then he arose and went into the house. And he poured the oil on his head, and said to him, ‘Thus says the Lord God of Israel: “I have anointed you king over the people of the Lord, over Israel.”’”—2 Kings 9:6

Jesus was, and is, both King and Priest. He, in His life on earth, engaged in priestly actions, and He, of course, was, is, and will be, the King of kings. While Jesus obviously did not require earthly anointing into either of these positions—and His baptism by John served as the equivalent of this—it was still deemed by God to be an important burial preparation. Not only in the usual preparing of the body for burial as would have occurred for any Jew, BUT also in preparation for what and who He was and is… a testimony of the truth of His positon. A testimony that He was, is, and will always be the ultimate King-Priest!

Today, anointing with oil is not something that everyone does, yet, with our receiving the Holy Spirit and Jesus’ blessing to do ‘these and greater things,’ we have the right and ability to anoint as Jesus did.

“Most assuredly, I say to you, he who believes in Me, the works that I do he will do also; and greater works than these he will do, because I go to My Father. And whatever you ask in My name, that I will do, that the Father may be glorified in the Son. If you ask anything in My name, I will do it.”—John 14:12-14

In fact, Jesus commanded in Matthew 6 that we should wash our faces and anoint ourselves with oil when we fast so that our fasting can be done in secret and not for the approval of men. Yet, greater than this, Jesus also sent His disciples out—as we have been sent out—to raise the dead and cast out demons, and they, in doing this work, anointed with oil many who were sick…

“And they cast out many demons, and anointed with oil many who were sick, and healed them.”—Mark 6:13

We can anoint for healing, we can anoint to cast out demons, we can anoint to bring into covenant alignment… for Jesus’ life, death, and resurrection, His giving of the Holy Spirit to us, and of course, His commissioning us, allows us to be like Him…

To do as He still does!

Today, at My Olive Tree we are restoring the land that Jesus walked in, planting olive trees that produce oil for anointing, while simultaneously giving jobs, beauty, and a message of God’s love to our Jewish brothers and sisters for generations to come.

Through people like YOU we are replanting the King’s Valley where Jesus once walked and will return again on His way to Jerusalem! We are bringing the desert to life as was spoken in the Word! We are bringing the land Jesus knew and loved into restoration, readying it for His return! And YOU can help!

By sponsoring an olive tree, grape vines, barley, or even giving toward the sponsorship of a tree, YOU are preparing the land for God and bringing His Word to life for all to see!