You are here: Home / Blog / Blessing Israel / Walking Through the Word: Nineveh, Land of the Assyrians — Part 2

In Part One of this two-part series, we examined the historical and archaeological presence of Nineveh…

In this final part we will explore the biblical significance of Nineveh in the Word and what we, as One New Man, can learn from it today.

“Cush begot Nimrod; he began to be a mighty one on the earth. …therefore it is said, ‘Like Nimrod the mighty hunter before the Lord.’ And the beginning of his kingdom was Babel, Erech, Accad, and Calneh, in the land of Shinar. From that land he went to Assyria and built Nineveh, Rehoboth Ir, Calah, and Resen between Nineveh and Calah…”—Genesis 10:8-12

Aside from the creation of Nineveh by Nimrod and the many Assyrian attackers, such as Sennacherib, coming from Nineveh, most of the biblical significance of the city lies, more or less, in two prophetic words against her. One by the prophet Jonah, and the other by the prophet Nahum.

“And so we have the prophetic word confirmed, which you do well to heed as a light that shines in a dark place, until the day dawns and the morning star rises in your hearts; knowing this first, that no prophecy of Scripture is of any private interpretation, for prophecy never came by the will of man, but holy men of God spoke as they were moved by the Holy Spirit.”—2 Peter 1:19-21

“The men of Nineveh will rise up in the judgment with this generation and condemn it, because they repented at the preaching of Jonah; and indeed a greater than Jonah is here.”—Mathew 12:41

Jonah’s prophetic word against Nineveh should they not turn is the oldest of the two prophetic books that, at their core, wholly focus on Nineveh.

Living during the time of the prophets Hosea and Amos in the kingdom of Israel in the 8th century, Jonah is perhaps one of the most well-known prophets, yet, most do not know him for his prophetic word. Most know him for his disobedience…

Yet, the story of Jonah and the whale was only a new start…

Jonah was a prophet first and foremost. Only the first half of the book of Jonah touches upon the well-known tale of disobedience and repentance. Consequently, that story, while important, doesn’t give the full message—however closely it mirrors it.

Jonah’s obedience to proclaim the prophetic word the Lord gave him AND the subsequent mass repentance of Nineveh for their own disobedience is where the other half of the story—where Jonah’s walk with the Lord in the book of Jonah—began in earnest.

“And Jonah began to enter the city on the first day’s walk. Then he cried out and said, ‘Yet forty days, and Nineveh shall be overthrown!’

“So the people of Nineveh believed God, proclaimed a fast, and put on sackcloth, from the greatest to the least of them. Then word came to the king of Nineveh; and he arose from his throne and laid aside his robe, covered himself with sackcloth and sat in ashes.

“Then God saw their works, that they turned from their evil way; and God relented from the disaster that He had said He would bring upon them, and He did not do it.”—Jonah 3:4-6, 10

Yet, even though Jonah ultimately obeyed God to spread the call for repentance to Nineveh, he was unhappy with the outcome. He wanted Nineveh to be destroyed by God, but instead they began to cry out to God and turn from their evil ways—even if only for a time—and God spared them while they repentantly obeyed.

We would think that after everything God had done for Jonah—calling him to be a voice, sparing him when he disobeyed, then caring for him when he obediently proclaimed the message of redemption to Nineveh—that Jonah would understand God’s heart of forgiveness and feel it within himself… but it wasn’t as easy as it first sounds.

Nineveh was part of Assyria, a kingdom that often attacked Israel and Judah; their sworn enemy. Yet, beyond this, Nineveh—and Assyria as a whole—failed to follow after God and instead bowed to false idols, gods, demons, and other evils. They continually partook in highly ungodly and even violent behaviors—often at the expense of God’s people, mistreating and killing them in brutal ways.

Because of their many attacks on God’s people, Jonah felt that Nineveh, along with all of Assyria, was deserving of God’s wrath. And indeed they were. Yet, Jonah failed to understand God’s mercy and His willingness to forgive. That is why the book of Jonah ends as it does, with God trying to teach Jonah what he was so lacking in—even after the lesson in the whale and his days of obedience to the call…

“But the Lord said, ‘You have had pity on the plant for which you have not labored, nor made it grow, which came up in a night and perished in a night. And should I not pity Nineveh, that great city, in which are more than one hundred and twenty thousand persons who cannot discern between their right hand and their left…?’”—Jonah 4:10-11

Aside from one verse mentioning Nineveh by name in the book of Zephaniah, there is nothing written during the 7th century prior to Nineveh’s destruction in 612 B.C., save for the book of Nahum. Written almost a century after Jonah, between 662 and 613 B.C.—after the conquest of Thebes by Ashurbanipal in 663 B.C. and before the fall of Nineveh in 612 B.C—Nahum’s prophecy was the final one to speak of Nineveh before her destruction…

Interestingly, despite Nahum being from Galilee and prophesying in Judah, the book of Nahum speaks exclusively of the destruction of the once again, evil Nineveh. For while the people of Nineveh repented and turned to God in the time of Jonah, a mere century’s passing was enough for her people to forget God. Indeed, had Jonah still been alive he may have considered it inevitable, apropos even, that the Assyrian’s who took Israel captive in 722 B.C. should know the wrath of God.

Yet, unlike with Nineveh’s first offense, the book of Nahum speaks not of their chance to repent and change… but that their mistreatment of God’s people and disobedience had gone too far. Their hearts had grown too hard.

“Woe to the bloody city!
It is all full of lies and robbery.
Its victim never departs.
The noise of a whip
…of rattling wheels,
of galloping horses,
of clattering chariots!
Horsemen charge with bright sword and glittering spear.
There is a multitude of slain…
they stumble over the corpses—
because of the multitude of harlotries of the seductive harlot…

(Source: British Museum. King Ashurbanipal and his queen dine while being fanned by servants. The head of their enemy, an Elamite of Israel, hangs in the trees around them.)

By the time of Nahum, the vile nature of Nineveh was well in hand as could be seen on the very walls of the palace in Nineveh. They flayed their captives, slaughtered them, and imprisoned them—and among their captives were many of the tribes of Israel, those of the kingdom of Israel…

In fact, while God did not rise up to save the kingdom of Israel due to their having turned wholly away from Him, the words He spoke to the prophet Nahum show us that He was not deaf to their cries, nor failed to love or remember His people.

“For the Lord is good; His mercy is everlasting, and His truth endures to all generations.”—Psalm 100:5

Nineveh, a city created by Noah’s great-grandson, Nimrod, was not first intended for the evils that would emerge. These evils largely blooming once Nineveh became a stronghold in Assyria, then the Assyrian capital city. In fact, aside from a period of less than one hundred years, the city—as far as we know—never followed after God, instead worshiping false gods and attacking those who followed Him… God’s people, Israel.

Today, the people of Israel, who suffered at the hands of the Assyrians and were taken into captivity by them, once again reclaim their rights to the land God promised them—prophecy fulfilled.

And today, as One New Man via My Olive Tree, we have the ability and privilege to help modern Israel thrive as the Lord forespoke! We can return the bounties that once were taken ransom, building up the land through the planting of olive trees, fig trees, date trees, and so much more! We can support Holocaust survivors and even celebrate her 70th year as the renewed Israel!

Let us be a light… to the roots of our faith, to the Jewish people, and to the land of Israel!

“‘I will plant them in their land, and no longer shall they be pulled up from the land I have given them,’ says the Lord your God.”—Amos 9:15 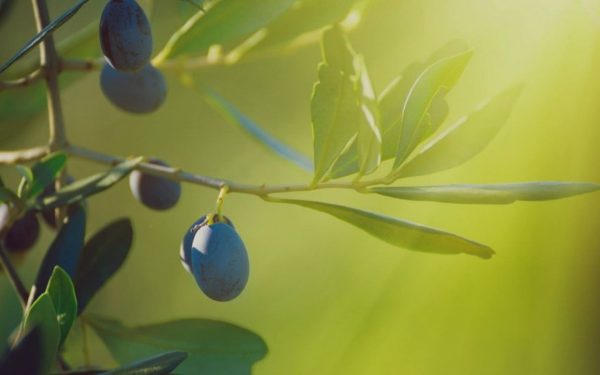 Why Is the United States Pro-Israel? 5 Major Political Reasons to Support Israel