Home / Blog / Israel's Roots and Her Impact on the World / What is a Peace Grove?

One of the ways in which people can support My Olive Tree is by sponsoring a tree to be planted in our Peace Grove. Our Peace Grove is a grove of olive trees that we are planting over what is referred to as “terror tunnels.” You may have seen these tunnels on the news; they were used to transport terrorists and weapons from the Gaza Strip to Israel. We choose to plant an grove over these tunnels as a symbol of peace and to make a stance against terrorism, while helping to achieve our goal of reclaiming the desert and bringing prosperous agriculture back to the region.

The tunnel that runs under the My Olive Tree Peace Grove was originally discovered by a member of the armed forces stationed at the main Israeli Army base headquarters for the Gaza Strip. This tunnel ran directly 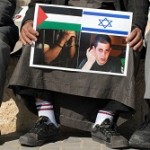 underneath the base, meaning that had this young soldier not discovered the tunnel, Hamas terrorists could have very easily inverted the tunnel for their own means and surprised the brigade with an ambush.

We are already aware of one horrific story related to these tunnels. Gilad Shalit, a 20 year-old IDF soldier, was kidnapped by Hamas with the help of these tunnels and was held captive for more than five years. The terrorists kept him alive, but in poor health, in the hopes that they would be able to negotiate a trade for release of Palestinian prisoners. And they got their wish; Shalit wound up being released for (reportedly) 1,027 Palestinian prisoners. These prisoners were murderers and terrorists, and were responsible as a group for 569 Israeli deaths.

What this means is that this tunnel of terror led to the capture of a soldier, which in turn led to the release of 1,027 murderers and terrorists.

You have a real opportunity to make a difference with your sponsorship. Contact us today at My Olive Tree for more information about sponsoring a My Olive Tree Peace Grove tree. 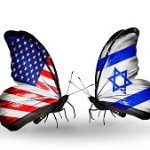 The Unique and Fulfilling Mission of My Olive Tree

What is a Kibbutz?

Sponsor a Tree in our Peace Grove!