You are here: Home / Blog / Blessing Israel / What Is the Biblical Significance of Golan Heights?

If you are familiar with Jewish history or follow Israel and politics in the news, you have likely heard about the controversy surrounding the Golan Heights. Perhaps you have even wondered why the Golan is so significant and how it has an effect on both the church and the state of Israel.

Let’s break down the biblical significance of the Golan Heights and what it means for Israel to reclaim its ancestral lands.

Jewish History of the Golan Heights

On May 14, 1948, Israel proclaimed its independence. Less than 24 hours later, the armies of Egypt, Jordan, Syria, Lebanon, and Iraq invaded the country, forcing Israel to defend the sovereignty it had regained in its ancestral homeland.

The 15-month war that ensued was labeled the War of Independence. It concluded in 1949 with the intervention of the United Nations and resulted in armistice agreements between Israel and the invading countries.

With the war over, Israel focused on building the state it had worked so hard to reclaim. Within the first four months of independence, some 50,000 newcomers, mainly Holocaust survivors, reached Israel’s shores.

Though there was an economic strain, Israel was able to secure assistance from the United States government, loans from American banks, contributions from Diaspora Jews, and reparations from Germany following WWII.

Within the first decade, the Jewish exiles had made a home and started to build an economic culture. They had established a growing industry of exports, introduced a public school system, and cultivated more than 50,000 acres of basic food products—making them largely self-sufficient.

The Return of Golan to Israel

The Bashan region, now known as the Golan Heights, is a part of the biblical territory promised to the patriarch Abraham and the people of Israel as an everlasting land covenant recounted in Genesis 15.

“On the same day, the Lord made a covenant with Abram, saying: ‘To your descendants, I have given this land, from the river of Egypt to the great river, the River Euphrates.’”—Genesis 15:18

The city of Bashan is mentioned in God’s Word as a city of refuge, which holds true today. Geographically located on the border of Syria and sitting 1700 feet above the harp-shaped lake, Kinneret (Sea of Galilee), Golan is the eyes and ears of Israel.

“Then Moses set apart three cities on this side of the Jordan, toward the rising of the sun, that the manslayer might flee there… that by fleeing to one of these cities he might live: Bezer in the wilderness on the plateau for the Reubenites, Ramoth in Gilead for the Gadites, and Golan in Bashan for the Manassites.”—Deuteronomy 4:41-43

In truth, Golan is Israel’s best defense against enemy invasion. Without claim to that specific plateau, the Jewish state is vulnerable to attacks of anti-Semitism. In fact, this is the main reason United States president Donald Trump cited for his recognition of Israel’s sovereignty over Golan.

What Role Does the United States Play in the Future of Israel?

For decades, the United Nations and the United States refused to recognize Israel’s seizure of the Golan Heights and the West Bank in 1967. Their argument was that the territory needed to be negotiated diplomatically.

Obviously, President Trump’s announcement of support for Israel in March of 2019 changed that perspective drastically. However, it is unlikely that—on its own—Trump’s announcement will change the status of the Golan and the surrounding areas of conflict.

But as a symbolic step, the decision is momentous, as it demonstrates President Trump’s willingness to disregard diplomatic tradition and shake up a debate over the Middle East that has changed little since the 1970s. It is time that we, as the Church, step away from the traditions of man and embrace the truth of God regarding the Promised Land and Israel.

The announcement on Golan was the latest in a series of steps that have radically reshaped the United States’ role in the conflict between Israel and the Palestinians.

This decision comes little more than a year after Trump successfully negotiated the move of the U.S. embassy from Tel Aviv to the fiercely contested holy city of Jerusalem.

The clear message that President Trump is communicating is that the United States stands with Israel.

“Though one may be overpowered by another, two can withstand him. And a threefold cord is not quickly broken.”—Ecclesiastes 4:12

There are several examples throughout the history of the church where God has brought Jews and Gentiles together as One New Man to serve a greater good. Often when this happens, we see a profound historic shift.

What Role Can You Play in the Future of Israel?

Christians who are not themselves Jewish are still included among the “people” of Israel by virtue of their faith in Jesus. They have been “grafted into” the fatness of the olive tree (see Romans 11:17).

“And if you are Christ’s, then you are Abraham’s seed, and heirs according to the promise.”—Galatians 3:29

By understanding the promises that God made to Israel and aligning yourself with His truth, you are more likely to become invested in the politics and peace in the Middle East.

Why Is It Important to Understand the Politics in the Middle East?

In short, Israel is the only democratic country in the Middle East and is an ally of the United States. The two nations have long been training together, and now the United States has a permanent military base located within Israel.

If there is an attack, the United States is much closer and better equipped to deal with it being located on Israeli soil rather than being limited to the borders of America, thousands of miles away.

When Will Jesus Return?

God’s Word declares many revelations that will foreshadow the return of the Messiah, many of which have come to fruition.

For instance, after the completion of the temple, King Solomon quotes God as saying…

Christianity was born out of purpose, and Jesus reminds us that purpose is not over until His entire flock comes into the fold.

“I am the good shepherd; and I know My sheep, and am known by My own. As the Father knows Me, even so, I know the Father; and I lay down My life for the sheep. And other sheep I have which are not of this fold; them also I must bring, and they will hear My voice, and there will be one flock and one shepherd.”—John 10:14-16

Christ called us to love our neighbors. He also set the example of laying down His life for His friends. If He was willing to do that for His flock, shouldn’t His flock be intentional about caring for each other?

Opposition to the Israeli-American Friendship... It’s Time We Battle in the Opposite Spirit 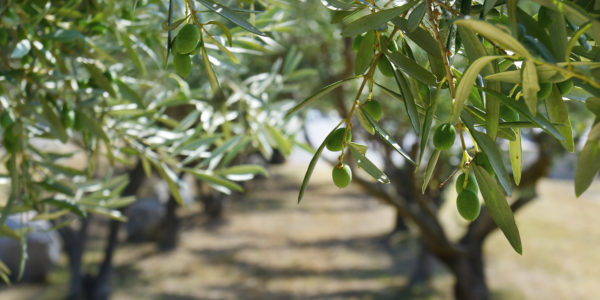