Home / Blog / Israel's Roots and Her Impact on the World / Why Jerusalem?: Agriculture and Culture 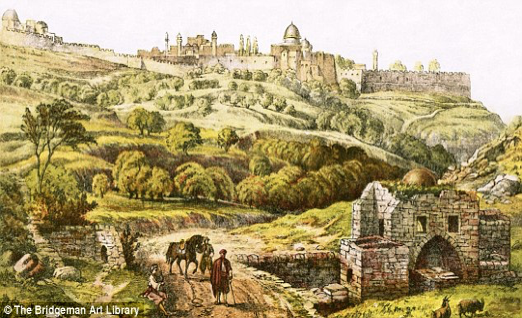 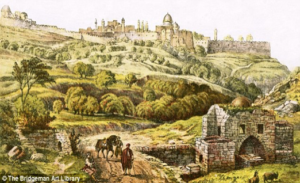 Why is agriculture important to the culture of the Jews and Jerusalem? The answer has a long history. Even before David conquered the City of Jerusalem, agriculture played an important role, not only for those engaged in farming, but also for every descendent of Abraham. The far reaching nature of crops is something many of us today take for granted with access to supermarkets and grocery stores, where virtually every food we could want can be found, yet, it wasn't long ago that this luxury didn't exist.

“There we were, binding sheaves in the field. Then behold, my sheaf arose and also stood upright; and indeed your sheaves stood all around and bowed down to my sheaf.”—Genesis 37:7

Some twenty miles west-northwest of Jerusalem, in the town of Gezer, a calendar was found from the tenth century BC (see image below). The calendar tells of the planting, harvesting, and pruning cycles of not only the seven species—wheat, barley, pomegranates, figs, dates, olives, and grapes—but likely of all the crops the ancient Jews would have grown. It gives the seasons for God's people. 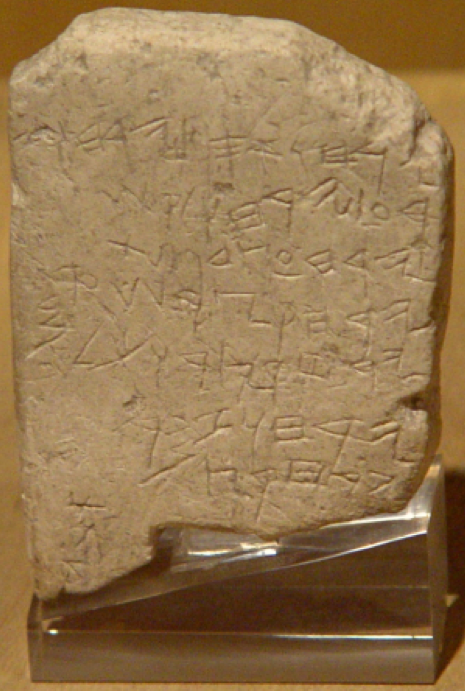 (Image Credit: https://bleon1.wordpress.com/category/old-testament/; Photo By: Leon Mauldin) Gezer Calendar found in 1908. Inscription in ancient Hebrew giving the seasons for crops; lower left-hand corner has the name of the scribe, Abijah. [Translation and additional information found in table below.]

Through the Gezer calendar we see not only times for those engaged in agriculture, but for those selling and buying, and more importantly, for those keeping the commands of the Lord—such as the giving of firstfruits.

Still, the Gezer calendar does not mention the Sabbath year, as it is something no ancient Jew could have easily forgotten. They would till, sow, and reap, prune and gather fruit from the vine and branch, for six years. Then, on the seventh, they would refrain from such, allowing their fields and groves to regain necessary nutrients, while remembering that the God of all took the first Sabbath.

“Six years you shall sow your field, and six years you shall prune your vineyard, and gather its fruit; but in the seventh year there shall be a sabbath of solemn rest for the land, a sabbath to the Lord. You shall neither sow your field nor prune your vineyard. What grows of its own accord of your harvest you shall not reap, nor gather the grapes of your untended vine, for it is a year of rest for the land.”—Leviticus 25:3-5 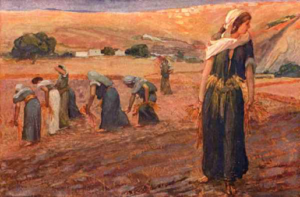 For those who didn't farm the land, they still knew the seasons and honored God's gifts of the earth throughout their lives. This can be seen both through the Word, and through the archaeological record.

One common example can be found written on ostraca─inscribed potshards─which allow us to see everyday uses of certain agricultural products (see images below). The most commonly mentioned products were olive oil and wine, but we also see mention of flour from grains such as wheat and barley. And, it wasn't only the farmers and even royal gardens and plots sending out their products, but traders, priests, and even military personnel who owned, transferred, or requested these items.

The Tel Arad fortress, which would have protected the land of Judah and Jerusalem from whatever military threats that may have risen, includes many ostraca. One ostraca from Tel Arad reads, “To Eliashib: And now, give the Kittiym three baths of wine, and write the name of the day. And from the rest of the first flour, send one homer in order to make bread for them. Give them the wine from the aganoth vessels.” This inscription shows us not only an everyday use, but also a vital one for the protection of the land and people. 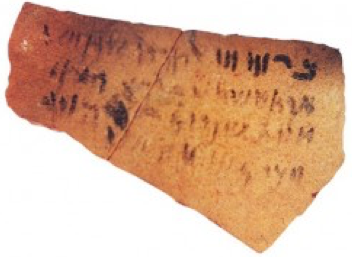 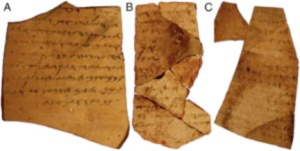 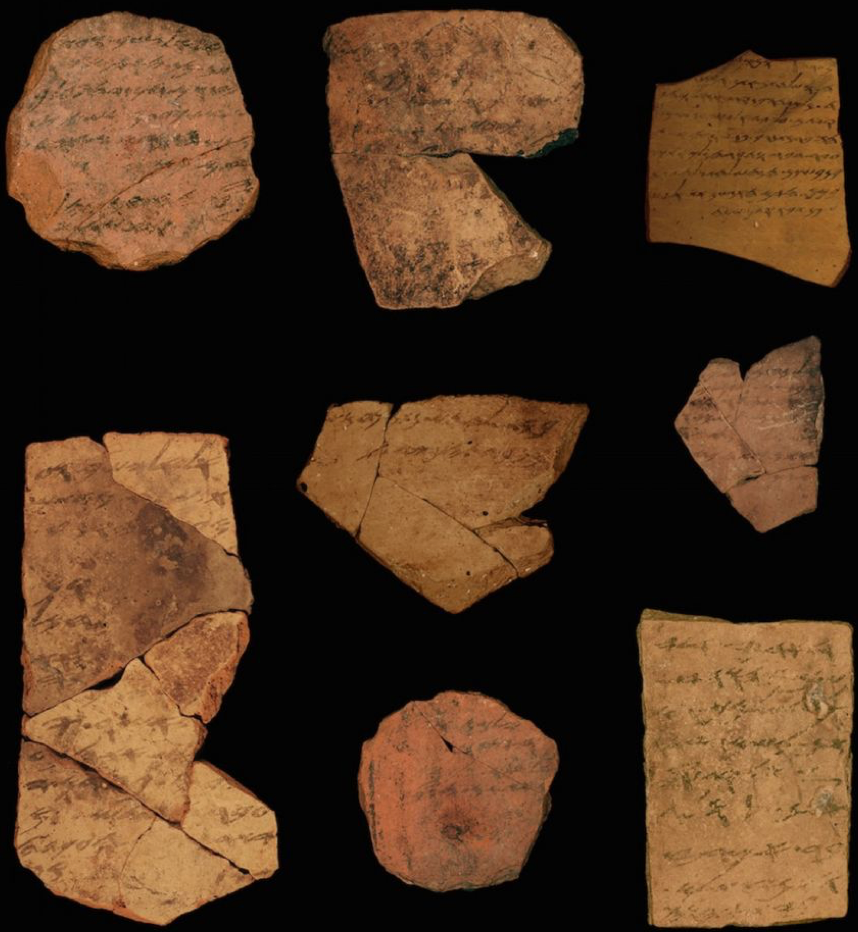 Other examples of everyday uses and depictions of agricultural products—specifically of the seven species found in the King's Valley of Jerusalem—include bulla or seals, and coins (see images below). Yet, religious uses were most certainly found daily, be they in the form of ornamentation, oil for lamps or anointing, or even sacrifices and offerings. 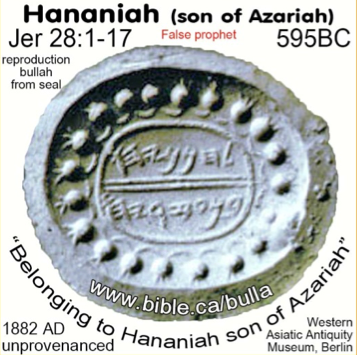 (Image Credit: http://lila.sns.it/mnamon/index.php?page=Esempi&id=8⟨=en) Bar-Kokhba revolt, second year of the revolt, 67-68 AD. Inscription reading: ‘Half Shekel Year Two; Holy Jerusalem.' The coin features a chalice, likely from the Temple on one side, and three pomegranates on the reverse.

The Temple in Jerusalem was replete with agricultural species depictions. Pomegranates were carved in ivory, bronze, and gold for priestly articles, and King Solomon for the Temple had “made one hundred pomegranates, and put them on the wreaths of chainwork” (2 Chronicles 3:16). Date palms, lilies, and various other plants would grace religious implements, vessels, and pillars. While, even the two massive cherubim within the temple were made of olivewood. Indeed, by this alone we can see the importance of God's gifts of the earth within the very heart of the culture─their relationship with God. Yet, it does not stop there.

For the feasts, for sacrificial offerings, burnt offerings… in all of these we again see the significance of agriculture in the culture. At the Temple in Jerusalem, the people of Judah would bring their ‘gifts' to God. Offerings of firstfruits such as wheat and barley, would be waved before the Lord by the Temple priests (Leviticus 23:9-14). Additionally the oil to light the lamps of the Temple and the holy anointing oil, were made of the purest olive oil.

“And you shall command the children of Israel that they bring you pure oil of pressed olives for the light, to cause the lamp to burn continually.”—Exodus 27:20

“Also take for yourself quality spices—five hundred shekels of liquid myrrh, half as much sweet-smelling cinnamon…  of sweet-smelling cane, five hundred shekels of cassia, according to the shekel of the sanctuary, and a hin of olive oil. And you shall make from these a holy anointing oil, an ointment compounded according to the art of the perfumer. It shall be a holy anointing oil.”—Exodus 30:23-25 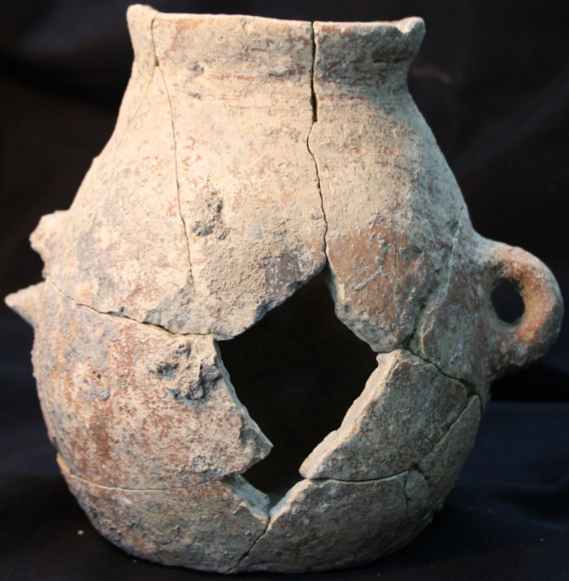 Through the act of farming the land, of trading, of using the crops to feed the military protecting Judah and Jerusalem, of the everyday reminders, of the very Temple of the Lord… again and again the agriculture of Judah creates a beautiful pattern. God's gifts of the earth showed the people His love, and they in-turn not only cherished it in their daily lives, but also returned a portion of God's gifts as an offering, as a pleasing fragrance, causing an outpouring of God's love within their hearts.

Yes, God's gifts of the earth were poured out upon His people, and this act of loving-kindness affected their lives, their actions, and their culture. Therefore, even before Israel and Jerusalem existed, even before God called Jacob, Israel, Jacob acknowledged God's holiness on earth by using God's gifts. Twice, Jacob set a stone upright and poured oil upon it, as an acknowledgment of holiness—that the place was a ‘Temple,' a ladder to God (Genesis 28:12). Jacob used God's gifts to remember Him and His power; as did the generations to follow.

“…‘Surely the Lord is in this place, and I did not know it.' And he was afraid and said, ‘How awesome is this place! This is none other than the house of God, and this is the gate of heaven!' Then Jacob rose early in the morning, and took the stone that he had put at his head, set it up as a pillar, and poured oil on top of it.”—Genesis 28:16-18

Today, we are once again remembering God's gifts of the earth and His Word. My Olive Tree is—through your support—replanting the seven species in the King’s Valley, as in the days of the first King's of Jerusalem. We are also planting olive groves and vineyards throughout Israel, within the deserts of the land, thereby making the desert bloom. And we are replicating the holy anointing oil described in Exodus 30; fulfilling through all of these, God's Word, and remembering His loving-kindness and tender mercies.

“Bless the Lord, O my soul;
And all that is within me, bless His holy name!

Bless the Lord, O my soul,
And forget not all His benefits”