Scattered throughout the world is a generation of warriors. Yet few of them ever held a gun or engaged in violent warfare.

These warriors once faced horrors as appalling as the battlefield—in many ways more so—on a daily basis, often for years. Then they left their battlefield, only to discover that their war was not over… because they still had to struggle with adapting. Adapting to the difficult life left to them in a world ready to forget what they had endured…

In honor of Holocaust Remembrance Day, we’re remembering first-generation Holocaust survivors and examining what we can learn from them.

Who Are These Warriors?

As mentioned above, this generation of warriors we are speaking of is comprised of Holocaust survivors. Men and women—many mere children at the time—who lost virtually everything but their lives and struggled to find their way after the horrors were over.

Every one of these first-generation Holocaust survivors—now seniors surviving against all odds—lost homes, family, and quite often even the clothes on their backs! Yet, they fought. They acted as warriors…

Because every day spent in those horrors, they had a choice… to lay down and die, or press on. It would have been easy to give in, but these survivors chose to continue. They chose the higher road.

Yet, just because the Holocaust was ended at great cost does not mean their war ended—that their fight was done. No. Every day they still had a choice—to press on or fall into despair, depression… death. They had a choice to fight or not.

Many of them lost everyone in the Holocaust. Mothers, fathers, sisters, brothers, husbands, wives, children, grandparents, aunts, uncles, cousins, friends, neighbors, mentors… the list of people who died could go on seemingly forever!

Yet, they fought. They chose to start new lives; to live, and in many cases, even bring life to a new generation, despite memories too horrible for us to understand.

They fought. Not with weapons of war, but with love and life! Building and planting a brighter future… in Israel and around the world!

What Can We Learn from First-Generation Holocaust Survivors?

Every day of our lives we have choices to make. Some are small—seemingly insignificant in their design. Yet, as the days and years roll by, we find that we have all made MAJOR choices!

All of the choices of our lives have brought us to where we are today. And yes, we have all had bumps on the way. The enemy has tried to stop or misdirect us. But the enemy also tried to stop every Jew, Gypsy, and others labeled as “less than desirable” from surviving the Holocaust. We are not alone in the attacks we face. Even Jesus faced them! The question is, how will we respond?

We can choose the broad road of destruction, where death and despair wait. Or we can choose the higher path. That narrow road God has placed before us that leads to life!

We can choose to live in safety, staying in the same place despite the opportunities God lays at our feet—too scared to step out of our comfortable pattern of life. We can live never telling anyone about God, never being His Light on earth… because it is safe. Because it is comfortable.

God uses people in all walks of life. The opportunities God places before each of us vary, but the choice of taking God’s path or ours remains the same.

No matter what the path God places before us looks like, we are ALL called to step out! We are called to make a difference. We are called to set captives free and become a new generation of warriors! An army who does not rely on physical warfare, but spiritual… bringing the life and freedom of God. Restoring those who were once captives!

We can choose life in action, in thought, and even in words! We can choose to make a difference! To be God’s vessels of change not only for first-generation Holocaust survivors, but for all the Lord puts in our path!

Helping a Generation of Warriors AND Growing in the Process

“For with what judgment you judge, you will be judged; and with the measure you use, it will be measured back to you.”

“Then He said to them, ‘Take heed what you hear. With the same measure you use, it will be measured to you; and to you who hear, more will be given.’”

“Give, and it will be given to you: good measure, pressed down, shaken together, and running over will be put into your bosom. For with the same measure that you use, it will be measured back to you.”

If we lack something, one of the best things we can do is give to others what we lack:

By surrendering the things we need or want—generously giving them away—God gives each of us a greater measure of that which we ourselves are willing to give. What we are willing to surrender.

Sometimes abundance is held back because we cling to things. Because we are unwilling to give that which we need, thinking there will be nothing left for us. But that is a false idea of provision…

Remember when Jesus multiplied the loaves and fishes?

Jesus and His disciples could have kept the few loaves and fishes they had and been satisfied, afraid that they would not have enough left if they gave. Yet, Jesus and His disciples gave out of what, in the natural, appeared to be a lack—Jesus had faith and understanding that it would be multiplied. And as they gave what they themselves needed, everyone there that day went from lack to surplus in an instant! Because that is how God’s economy works; if we are obedient to give what we are meant to, God supplies.

No matter what it is you are able to do—from prayers, to fellowship, to giving—it makes a difference. It honors a generation of warriors! And, in the process, it increases not just the measure by which you will be blessed… it increases your generosity, your understanding of honor, your kindness, and so much more!

When you bless a generation of warriors, you in turn grow!

You honor more than just Holocaust survivors and those who came before… you honor God!

“Then the King will say to those on His right hand, ‘Come, you blessed of My Father, inherit the kingdom prepared for you from the foundation of the world: for I was hungry and you gave Me food; I was thirsty and you gave Me drink; I was a stranger and you took Me in; I was naked and you clothed Me; I was sick and you visited Me; I was in prison and you came to Me.’ 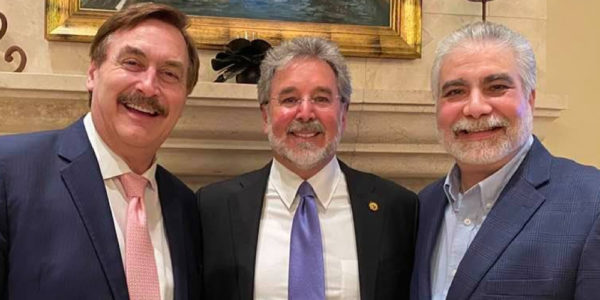