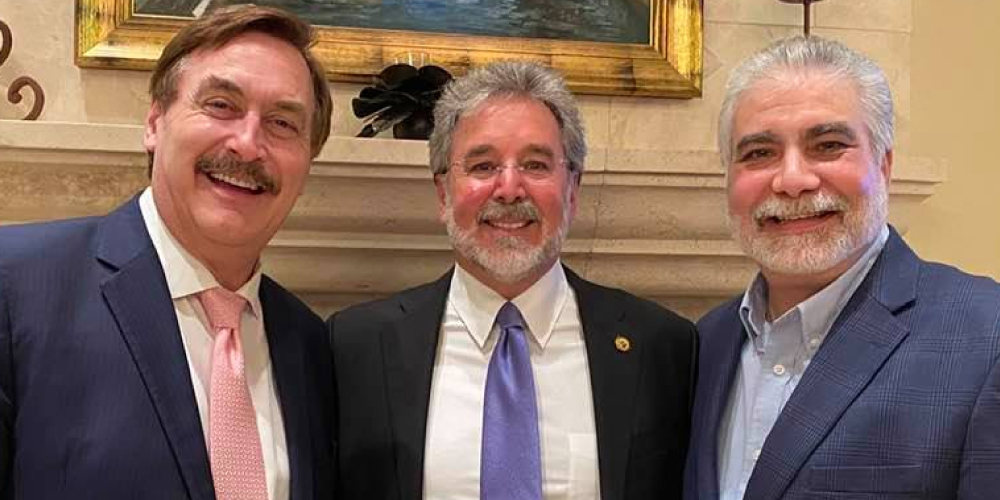 As the election draws near, there are a number of voices competing to be heard. There is one voice in the news that has stayed consistently supportive for Donald Trump as president, and that is Mike Lindell’s.

Mike Lindell, the founder and CEO of MyPillow®, Inc., talks about divine appointments and dreams as it relates to Trump’s presidency. What does all that mean?

Mike Lindell’s Dream That Lead to a Divine Appointment

A year later, Donald Trump, who at the time was the Republican nominee, contacted Lindell and requested a meeting. Lindell met Trump in a Trump Tower office—a divine appointment. Lindell’s dream had come to fruition.

He has also prayed for Trump supporters to stand up and to be given a voice during this critical time. He wants to join efforts with you, those who support Israel and Trump, to make a bold statement in Trump Heights.

What is Trump Heights?

No doubt, President Trump has received criticism for his bold proclamations. However, as you know, and what others will soon discover, when Trump says he is going to do something, he does it. This is a key indicator that his role as the United States president isn’t done. God still has work to complete through his position.

This is one reason Mike Lindell supports President Trump. He has claimed, “Everyone loves our president; some of them just don’t know it yet.” [1]

Mike Lindell’s views and values never wavered in the first election. And as the 2020 election is quickly approaching, it seems to be getting louder.

But what is making Mike Lindell’s voice louder?

Mike Lindell has taken a stand, as an act of honor towards President Trump and the nation of Israel during this crucial election year, in partnering with My Olive Tree’s most recent project—the Golan Heights | Trump Grove.

Through My Olive Tree, your Golan Heights | Trump Grove olive tree sponsorship not only plants your voice in the Promised Land, it actually partners with Mike Lindell’s efforts to spread the word that conservative values still have a place in our nation.

Mike Lindell is well-known for…

Lindell doesn’t hide the fact that he suffered from addiction. In fact, he has used his struggle with addiction, his MyPillow®, Inc. company, and his support for President Trump all as a platform to glorify God and help others see God’s divine plans for our nation.

He has partnered with My Olive Tree in hopes that supporters, just like you, will stand with him as our nation faces an important decision.

Not only that, he wants to join you in honoring President Trump for what he has accomplished for our country and God’s people in the last four years. That is part of the vision of the Trump Height’s tree sponsorships—to say…

“God ordained this. I was a blank slate [after my recovery from addiction] I didn’t know a liberal from a conservative or a republican from a democrat when I met President Trump. I knew God had picked him…. What are the odds of all of these things [falling into place] for our president? You look at that and you know it has to be God.”—Mike Lindell [3]

Do You Want to Partner with Mike Lindell and Honor Trump?

Click HERE to discover how to make your voice heard. When our voices are combined, they rise above the lies and cannot be ignored. Isn’t it time that lies and liberal agendas are stopped from tearing our nation apart?

Right now, you have access to an exclusive offer to receive a signed copy of Mike Lindell’s book, What Are the Odds? From Crack Addict to CEO.

Discover how you can get your signed copy of Mike Lindell’s book today! Simply click HERE. Let’s stand together in 2020, planting a legacy and honoring Trump in the Promised Land.

Opposition to the Israeli-American Friendship... It’s Time We Battle in the Opposite Spirit