Home / Blog / Blessing Israel / Does Israel Have a Future?

At My Olive Tree we understand that Israel plays a key role in the world’s past… and future. There are some who believe that Israel is no longer significant—that in some bizarre turn of fate God has actually forgotten Israel in exchange for the Gentile Church. This is a terrifying thought to us…

If God’s faithfulness has a time limit, then each one of us serves a God who potentially will change His mind toward us, as well. No one is safe, and God’s mercy is temporal. Yet, the Word of God clearly states that God never changes.

“For I am the Lord, I do not change; therefore, you are not consumed, O sons of Jacob.”—Malachi 3:6

If you truly believe that God does not change, and will not fail to fulfill His promises, then great things are in store for the nation of Israel. 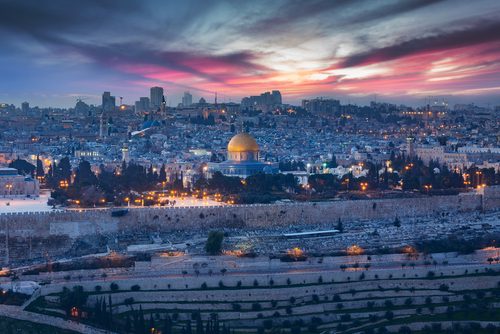 “O Jerusalem, Jerusalem, the one who kills the prophets and stones those who are sent to her! How often I wanted to gather your children together, as a hen gathers her chicks under her wings, but you were not willing! See! Your house is left to you desolate; for I say to you, you shall see Me no more till you say, ‘Blessed is He who comes in the name of the Lord!’”—Matthew 23:37-39

“And it shall happen in that day that I will make Jerusalem a very heavy stone for all peoples; all who would heave it away will surely be cut in pieces, though all nations of the earth are gathered against it.”—Zechariah 12:3

“For I will gather all the nations to battle against Jerusalem; the city shall be taken, the houses rifled, and the women ravished. Half of the city shall go into captivity, but the remnant of the people shall not be cut off from the city.”—Zechariah 14:2

Zechariah goes on to prophesy about a returning Messiah, who will bring military victory to the descendants of David, and to those who stand with them…

“In that day the Lord will defend the inhabitants of Jerusalem; the one who is feeble among them in that day shall be like David, and the house of David shall be like God, like the Angel of the Lord before them. It shall be in that day that I will seek to destroy all the nations that come against Jerusalem.”—Zechariah 12:8-9

“Then the Lord will go forth and fight against those nations, as He fights in the day of battle.”—Zechariah 14:3 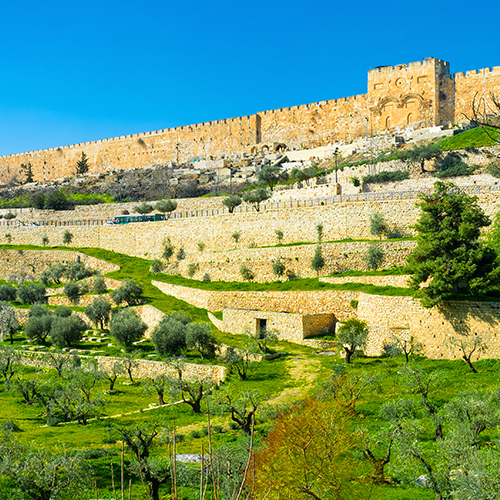 It also declares that a spiritual restoration will take place…

“It shall be in that day that I will seek to destroy all the nations that come against Jerusalem. ‘And I will pour on the house of David and on the inhabitants of Jerusalem the Spirit of grace and supplication; then they will look on Me whom they pierced. Yes, they will mourn for Him as one mourns for his only son, and grieve for Him as one grieves for a firstborn.’”—Zechariah 12:9-10

“And it shall come to pass that whoever calls on the name of the Lord shall be saved.
For in Mount Zion and in Jerusalem there shall be deliverance, as the Lord has said,
among the remnant whom the Lord calls.”
—Joel 2:32

“For the Lord has chosen Zion; He has desired it for His dwelling place: ‘This is My resting place forever; Here I will dwell, for I have desired it.’”—Psalm 132:13-14

Believer’s in Christ have an opportunity to partner with the Jewish homeland like never before. However, there are many movements looking to capitalize on this opportunity, rather than truly bless the nation of Israel and her people.

When you sow a seed into My Olive Tree we can guarantee that your funds will directly support the work that we do with the City of Jerusalem, and Israeli citizens.

If you have perused our website, and would just like to ask more specific questions, we encourage you to contact us via phone, where we would be happy to assist you in whatever way that we can. Contact us today!