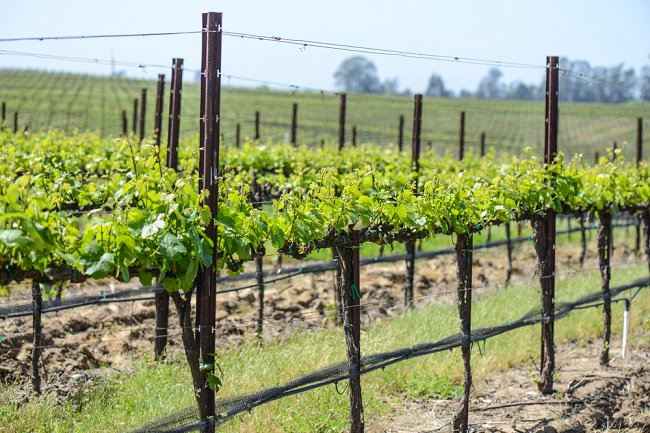 As you may be aware, My Olive Tree offers opportunities for donors to sponsor grapevines as well as olive trees. We have written before about the symbolism of olives and olive branches throughout the ages, but grapevines have just as rich of a symbolic history. Understanding this symbolism will also help you to understand the importance of the grapevine to our mission in restoring the deserts of Israel.

Symbolism involving the grapevine dates back thousands of years, to the times of the ancient Greeks. In Greek mythology there was even a god of a vintage (Dionysus, known as Bacchus in the Roman tradition). Dionysus would carry around a grape vine or bunches of grapes whenever he was represented in paintings and images. Many festivals and banquets had wine toasts to Dionysus as a tradition, and Greek wine cups were often even decorated with wine and grapes as a tribute to the god.

The grapevine also frequently occurs as a symbol in Christianity and the New Testament. One parable told by Jesus likens the Kingdom of Heaven to a father engaging laborers within his vineyard. Jesus even uses the vine as a symbol of Himself, saying “I am the vine.” Because of this symbolism, many important Roman figures (after the Roman Empire had adopted Christianity) use the images of vines and grapes on their graves or in mosaics in which they are depicted. The grapevine makes frequent occurrences in the older scriptures as well, with the vine being the symbol of God's chosen people, the children of Abraham.

In most of these situations, you can see that the use of a grapevine as a symbol that is tied into fertility and prosperity.

It is therefore appropriate that My Olive Tree helps to literally create more fertility in the desert by using grape vines, a symbol of fertility that stretches back to Israel's early history.

We are proud to continue the ancient tradition of growing grapes in the region and to be bringing life back to the desert. Please contact us today for more information about how you can sponsor this incredible project.