During the festival of Shavuot many people celebrate by reading through the book of Ruth. Not only is this story set during the harvest season, but it is also an intimate love story of redemption and sacrifice. At My Olive Tree this story is one of our personal favorites.

If you haven’t ever read the story yourself, we’ll share a brief synopsis here:

Ruth, a Moabite, marries a son of Naomi. Naomi, a Hebrew, moved with her family to Moab during a famine in the land of Israel. Although their initial move to Moab must have been promising, eventually Naomi lost her husband and her two sons—the cause uncertain. Previously the two sons had married women of Moab—a national enemy to Israel. The pagan ritual practices of the Moabites created an even wider gap between the Israelites and their neighbors, as the Jews were strictly prohibited from participating in idol worship and other vulgarities.

Once Naomi’s family had passed away there was nothing left for her to do but to return home, a widow. This left her much worse than destitute, as there was no ‘bread winner’ to provide income for daily necessities. As she prepared to leave, her two daughters-in-law, Ruth and Orpah, were given the option to stay behind and remain in Moab. While Orpah chose to stay, Ruth persistently chose to continue with Naomi.

Once they arrived in Israel, Ruth was sent to glean in the fields. This was an ancient tradition that allowed the poor to follow behind the harvesters of grain. Anything left behind was available to those in need. Quickly Ruth found out that the place in which she gleaned was owned by a distant relative of Naomi. His name was Boaz. Many had noticed Ruth’s diligence to care for her mother-in-law, soon Boaz was made aware of her resilience and moral character, as well. He made extra provision for her, and spoke to his men in secret, asking them to leave behind extra grain specifically for Ruth.

When Naomi heard that Boaz was the landowner of the property Ruth was receiving provisions from, and noticed the extreme abundance she was bringing home, Naomi developed a plan. One night, late into the harvest season, Ruth was to go and lay down at the feet of Boaz, removing the covering off of his feet. This act would ensure Boaz’s responsibility to provide for Ruth as a “kinsman redeemer” if there were no other next of kin who would consent to do so. 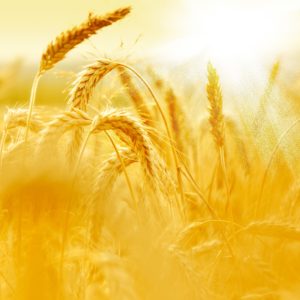 When Boaz awoke in shock he was moved with compassion, promising to care for Ruth as a husband, if the nearest member of kin refused. Although it was frowned upon to marry a gentile woman like Ruth, her diligence and concern for Naomi brought her great favor with Boaz.

Naomi’s nearest of kin refused to marry a Moabite, and happily allowed Boaz to marry her in his stead. Because of this, the property that once was owned by Naomi’s family was returned too.

Later, Ruth bore a son named Obed. Soon after, she bequeaths this child to Naomi, both as a provider and a replacement for those she had lost. It is a ‘rags to riches’ story—an exchange of beauty for ashes.

As we prepare to enter this wonderful time, let us remember the love story of Ruth and Boaz. May we never fail to forget our own story of redemption at the cross and resurrection of Yeshuah HaMashiach (Jesus the Christ).

Shavuot: Where Harvest and Law Meet

Walking Through the Word: Ruth’s Journey